Best of Netflix Productions for the March – Part One Category: Drama and crime
Age group Rating: + 16
Display Date: 01/03/2018
A Canadian drama series produced for CBC TV and Netflix purchased the right to be presented exclusively, and its events revolve around the life of the “Montreal Thunder” team under the age 21 years, where the team players ‘ relations with each other within the stadium, their lives off the field with many dramatic events and problems Facing them.
The first season consists of eight episodes offered in Canada in August 2017 and was rated by the public on the website of the “film Database” 6.2/10.
The series is authored and directed by a working team composed of a number of writers and directors, starring both “RJ Fetherstonhaugh”, “Stephanie Bennett”, and “Emmanuel Kabongo”.
Related Posts
Entertainment

What a new in GTA 6 ? release date and all feature

B: The Beginning – Season 1 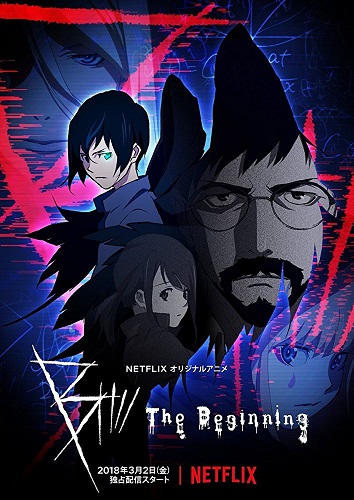 Display Date: 02/03/2018
A Japanese mystery and sci-fi series produced by the “Production I.G” studio in conjunction with the Netflix network, and its events revolve around the investigator “Keith Kazama” which works the royal police, renowned for its superior ability to solve all cases, hunts the “Keith” a mysterious serial killer called “Killer B”, which works In favour of a criminal organization and caused a large number of crimes in the city.
The first season consists of 12 episodes and performs the vocal performances of the characters both “Hirohirata” and “Yūki Kaji” and “Asami Seto” while the serial “Katsuya Ishida” was written out by “Kazuto Nakazawa” and “Yoshiki Yamakawa”.

Oscar News : Top 15 competition for the best movie Award in the history of the Oscars.

A complete comparison between Amazon Prime and Netflix, Which is better?

“Blackhawk” is the latest project and will release by “Steven…

“Annihilation” is a distorted mirror that shows the reality of human…

This site uses Akismet to reduce spam. Learn how your comment data is processed.

I can’t believe all the features mashed into this…

What type of camera do I need? A guide to buying your next one

Greene King Shows What’s Pubs Can Appear Like Once…

This website uses cookies to improve your experience. We'll assume you're ok with this, but you can opt-out if you wish. Accept Read More

This website uses cookies to improve your experience while you navigate through the website. Out of these, the cookies that are categorized as necessary are stored on your browser as they are essential for the working of basic functionalities of the website. We also use third-party cookies that help us analyze and understand how you use this website. These cookies will be stored in your browser only with your consent. You also have the option to opt-out of these cookies. But opting out of some of these cookies may affect your browsing experience.
Necessary Always Enabled

Any cookies that may not be particularly necessary for the website to function and is used specifically to collect user personal data via analytics, ads, other embedded contents are termed as non-necessary cookies. It is mandatory to procure user consent prior to running these cookies on your website.